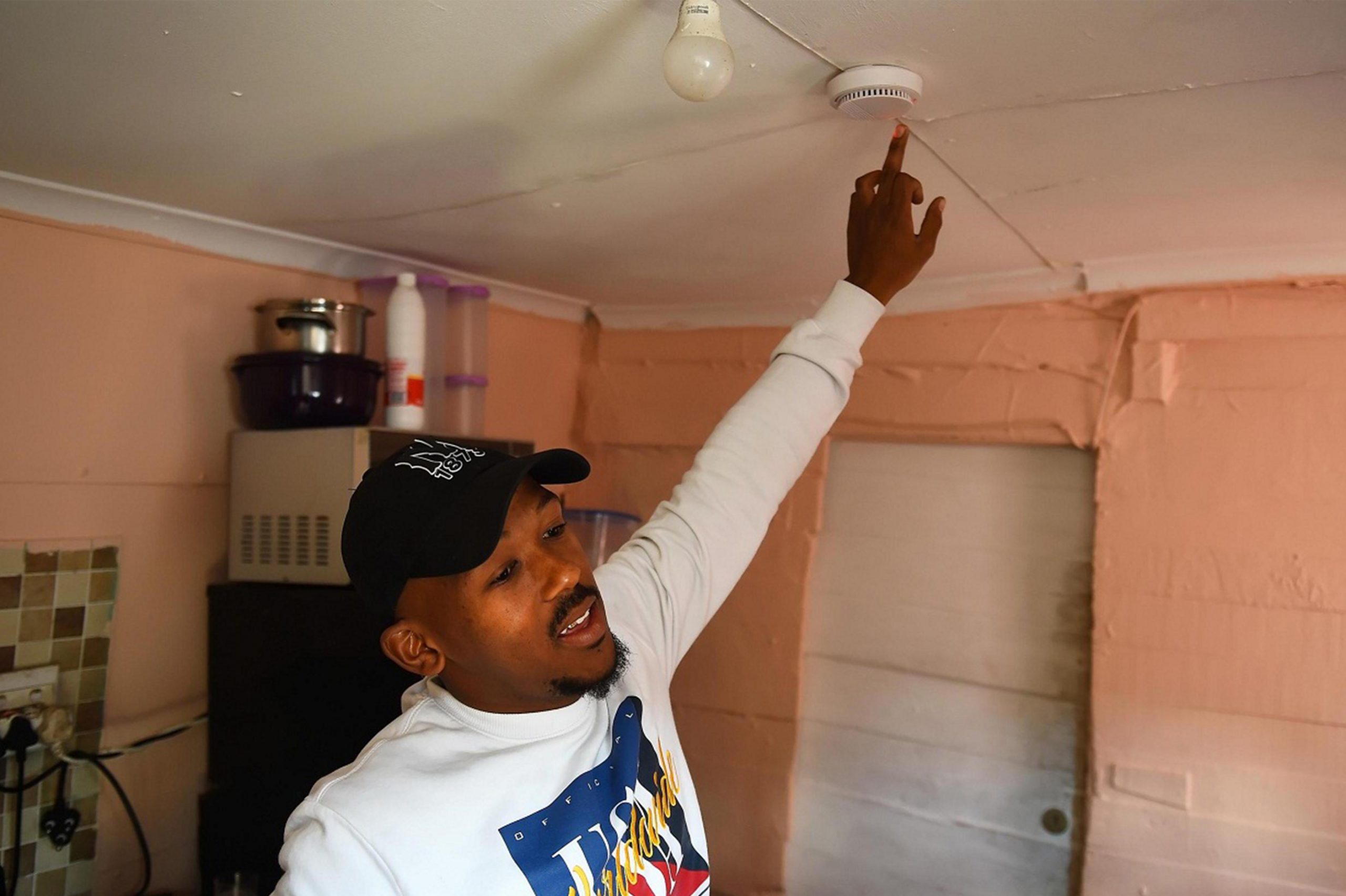 A Khayelitsha man’s fear of shack fires and the devastation they bring has inspired him to initiate a project which he hopes might get funding to not only save lives, but also employ youth in the area.
Mzuvukile Monco, 26, has thus far installed 10 smoke alarms in shacks in the Endlovini informal settlement and paid for it from his own pocket.

“This is a project I started recently. It was inspired by the high fire rate and people dying in fires have always been a great concern to me. Why has the government not tried to reduce the fatalities? Last year hundreds of shacks burnt down. Fire is always a problem and at least this will have an impact on saving lives,” Monco says.

In October, a fire left one person dead and 4000 homeless.

In May, four people lost their lives in a fire in Khayelitsha.

“The moment a fire breaks out and there’s smoke, the alarm will alert you. Many times people are in a deep sleep when fires break out and this will also be able to alert neighbours. I got a few fire alarms and went and did a demonstration for residents. I also explained the kind of benefit this could bring. I managed to install 10 fire alarms myself. It takes about 10 to 15 minutes for installation,” he says.

He is now hoping corporate businesses or even the City of Cape Town will get on board.

“I hope this project will be long-term so I can employ the youth and maintain the installations for residents. Employment for youth is rare and I am trying to inspire them and not just looking at this as a business. Although residents are living in shacks, the most important thing is safety,” Monco says.

One of the smoke alarm recipients, Onke Mpila, a father of two, says the installation had brought him peace of mind.

Mpila says:“This brings more safety. We have nothing to alert us to a fire and this is great, not just for me but for my family. How come the government never thought of this? This is a brilliant idea. How many people are suffering because of shack fires?”

From the Daily Voice