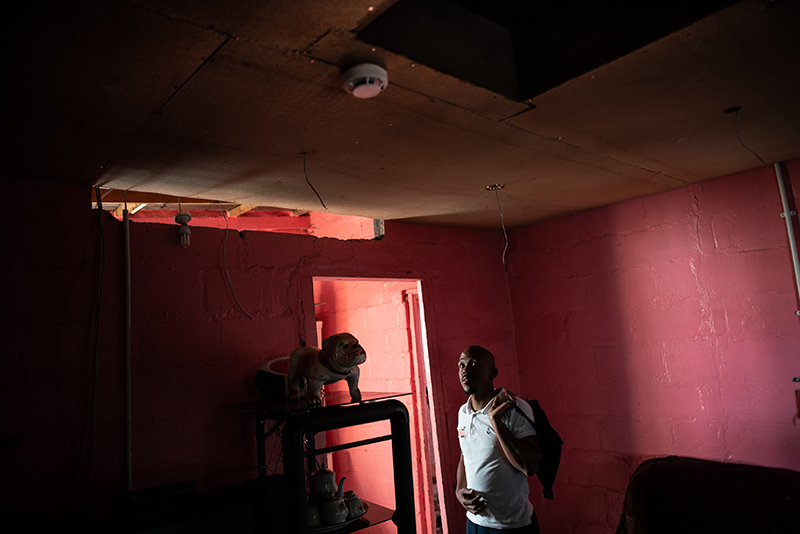 By installing battery-operated smoke detectors, an innovator in Khayelitsha is making homes safer for shack dwellers underserved by firefighters who battle with blocked access.

At the end of 2018, as the days grew hotter and the Cape wind began to bluster, Mzuvukile Monco went to Town 2 settlement in Khayelitsha. He had an idea for how people in the large area of Cape Town’s biggest township could be kept safer: smoke detectors. Residents, unfamiliar with the device, waved Monco away. Then, in October, what Monco had feared would happen came to pass: a roaring fire, which began in the early hours of the morning, swallowed at least 1 000 shacks and left 4 000 people homeless.

“They rejected me at first because they didn’t know about this thing,” Monco says.

The devastating blaze continued for five hours after its initial spark began at 4am on 21 October 2018. But fires have accompanied Cape Town’s summers for many years, affecting thousands of residents.